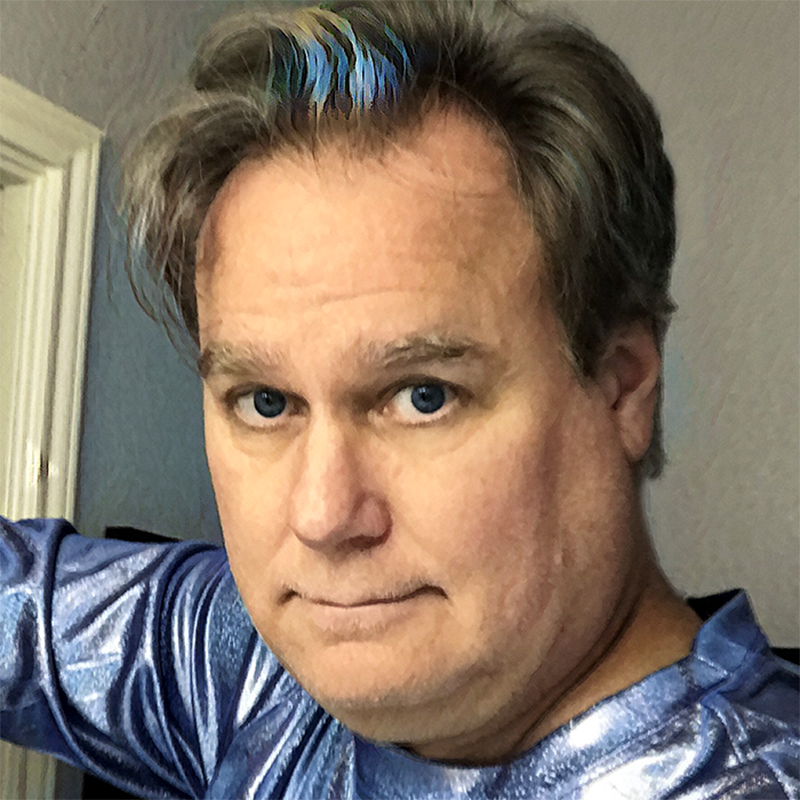 has worked extensively with The Drilling Company in New York City developing new work and has had 15 plays, short and full-length, produced by the company over the years.  Many of those have gone on to be published and performed in amazing places like South Africa (East London), Lebanon (Beirut), Japan (Tokyo and Sasebo), India (Magalore), and Malaysia (Kuala Lumpur – translated into Chinese)!

THE CONSPIRACY THEORISTS marks a second web series collaboration with David Marantz.  The two last worked together in OFF OFF which Bittrich created/wrote and Marantz starred/executive produced. 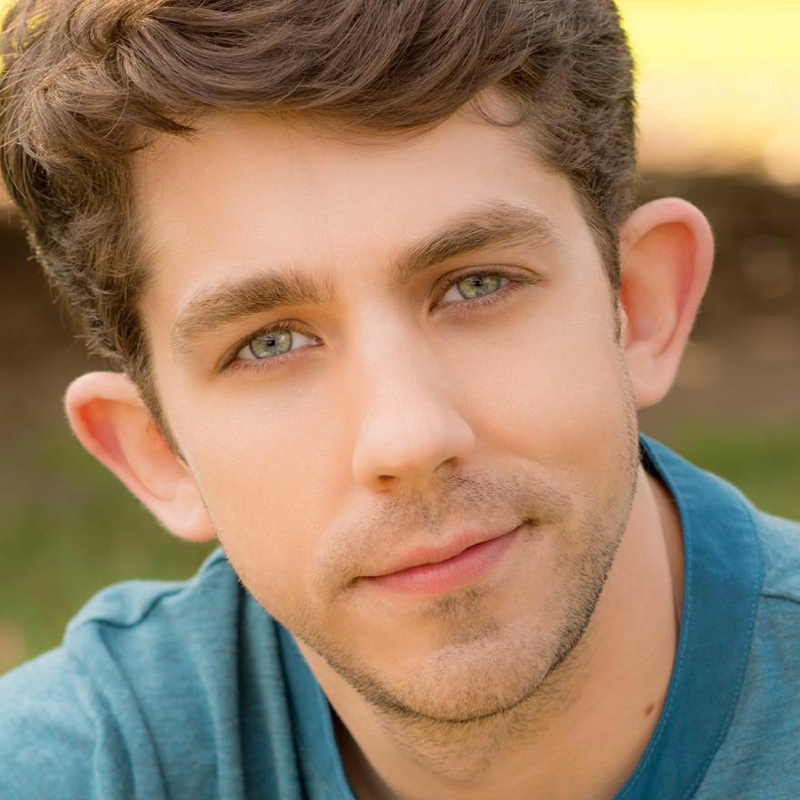 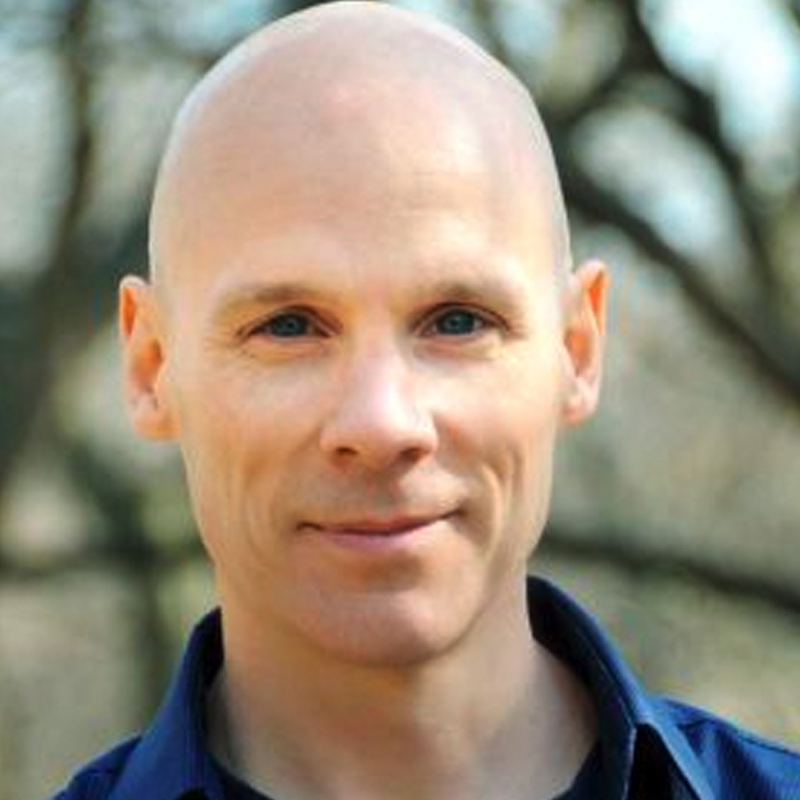 is a New York City based actor where he has worked with Ensemble Studio Theatre, Target Margin Theater, Nylon Fusion, The Drilling Company, Shakespeare in the Parking Lot, The Brooklyn Generator and Blue Coyote Theater Group.  He has also performed at the Berkshire Theatre Festival, Virginia Stage Company, Arts Center of Coastal Carolina and The Public Theatre (in Auburn, Maine).  Film/TV: HITTING THE GROUND (Living Pictures), KINGDOM COME (Rockville Pictures), ONE LIFE TO LIVE (ABC), AS THE WORLD TURNS (CBS) and Stephen Bittrich’s web series OFF-OFF.  Don received his MFA in Acting from Rutgers University and has also studied with Wynn Handman and Terry Schreiber. Two of Don’s short plays, COMING TO THE TABLE and AUDIENCE, have been published. He performed his solo show, FINDING PIECES, at The Midtown International Theatre Festival. Don is a proud member of Actors Equity Association and SAG-AFTRA. Visit his website at www.doncarternyc.com.

founder/Artistic Director of The Drilling Company/Shakespeare in the Parking Lot and Bryant Park Shakespeare.Film/TV: 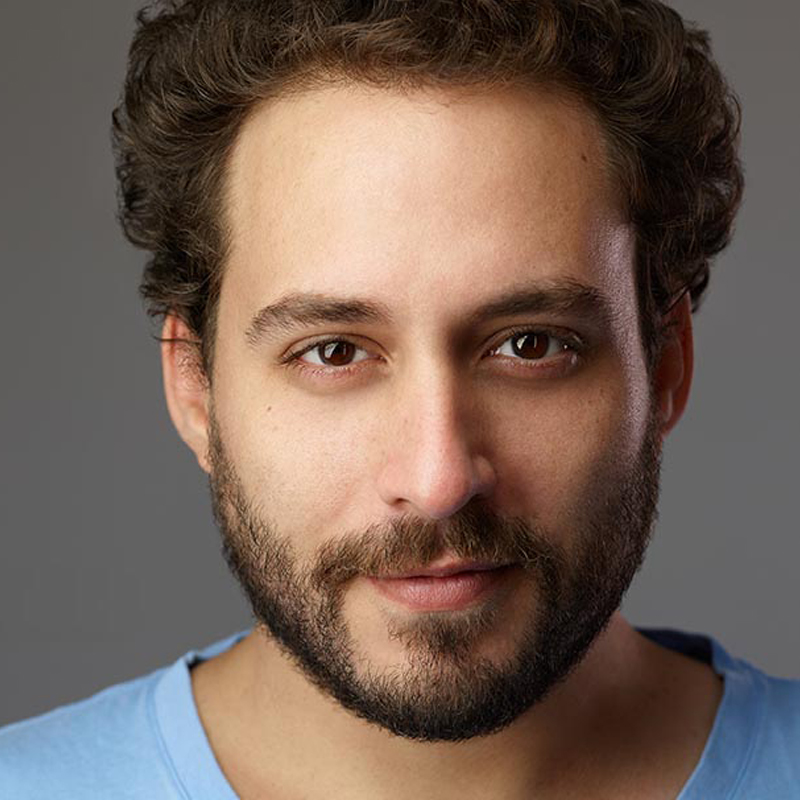 is a native New Yorker and conspiracy theory aficionado.
The root of all conspiracy theories is the innate human ability to spot a lie, accompanied by the innate human inability to process why the lie exists. Fantastical manifestations of imagination and creativity go into reconciling the gaps we discover in these moments. This goes out to everyone who keeps searching… undaunted by the seemingly impossible task of convincing anyone that what you’ve discovered has value. Cheers and happy quarantining.

is an actor, playwright, screenwriter, novelist, and HBO def Poet. He’s been on Broadway a couple of times. Did some movies with a few people you’ve heard of and some others with people you haven’t (yet). Almost certainly is the only person other than Mos Def and Dave Chappelle to appear on HBO def Poetry and Chappelle’s Show in the same season. (It was quite the year.) He has acted all over the country in regional theatres playing a bunch of great roles with some really talented directors, actors, and stage managers – some company managers, however, he could do without. Remembers his mom keeping him home from grammar school to watch the Watergate Hearings because “This Is History!” So, it’s a pleasure to be playing Nixon. Also, he’s in love with his beautiful wife even when in lockdown together. It’s a pretty good life. Stay Safe. All Love. 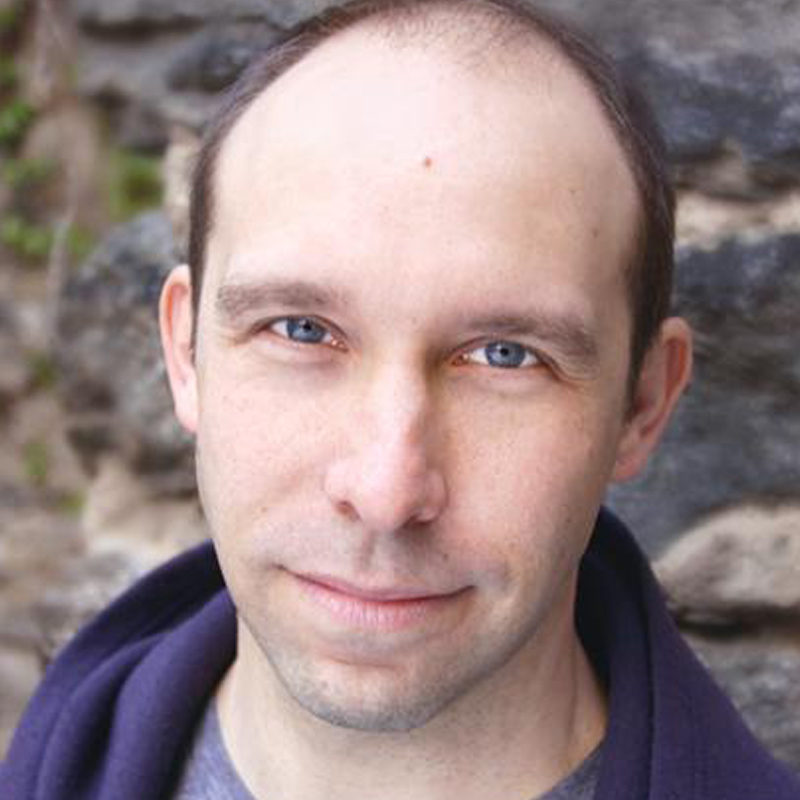 is a NYC based actor/musician and singer/songwriter. Broadway: BLOODY BLOODY ANDREW JACKSON. Off Broadway: BBAJ and COAL COUNTRY (The Public), CYRANO DE BERGERAC (St. Clements), HENRY IV (The Beckett). Other NYC Credits include: A THICK DESCRIPTION OF HARRY SMITH, UNITY (1918), LANGUAGE OF ANGELS, MY CUSTOM VAN. Regional credits include: BRIGHT STAR (The Old Globe), GHOST BROTHERS OF DARKLAND COUNTY (The Alliance), THE GRAPES OF WRATH (CT Rep), ASSASSINS (Berkshire Theatre Group). He has appeared in the film THE INDEPENDENTS and the web series DADS, A MOST PRODUCTIVE DAY, and CASTERS and voiced numerous dying characters in RED DEAD REDEMPTION 2.  Joe has released several solo albums, builds cigar box instruments, and plays regularly with his jug band The Salt Cracker Crazies. www.joejung.com 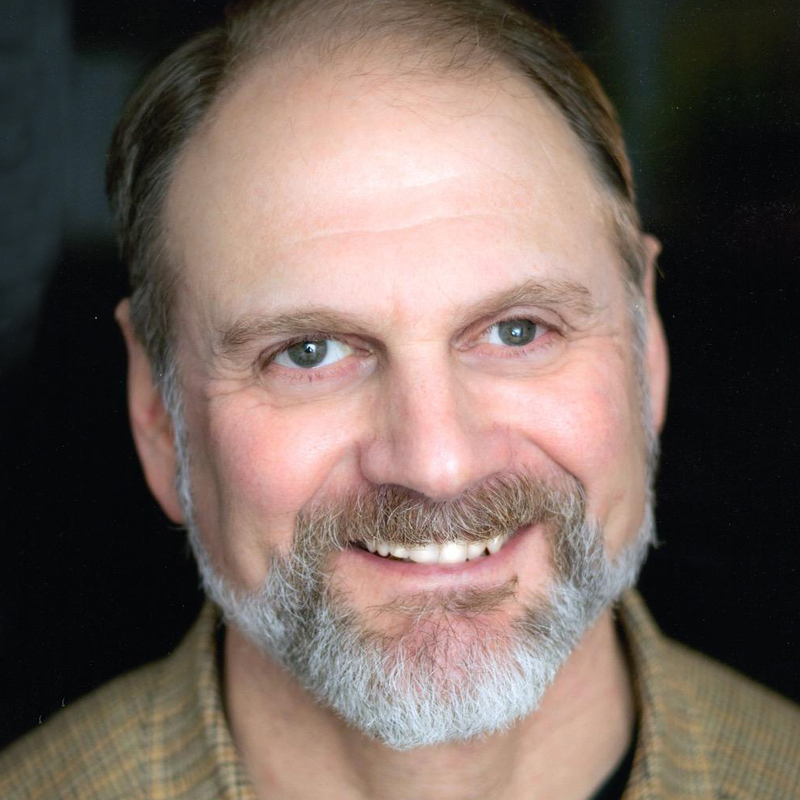 met Stephen at The Drilling Company Theatre, where as both actor and director he has worked on new short and full length plays. The Drilling Company also produces Shakespeare in the Parking Lot on NYC’s Lower East Side and Shakespeare in Bryant Park. Some Shakespeare roles include Iago (OTHELLO), Shylock (MERCHANT OF VENICE), Bottom (A MIDSUMMER NIGHT’S DREAM), Falstaff (MERRY WIVES OF WINDSOR) and both Malvolio and Sir Toby Belch (TWELFTH NIGHT). He directed ROMEO AND JULIET for TDC in Bryant Park. He’s also been in plenty of other new plays Off- and Way-The-Hell-Off-Broadway. Other theatre: the Human Race Theatre Dayton, OH, the Mint Theatre NYC, Theatre Works USA NYC and National Tour, Mount Holyoke Summer Theatre, MA, and many more. TV/film: “L&O”, “NOVA ScienceNow How Smart Can We Get?,” indie films, all the NY Soaps (when there were NY Soaps). Check out his other Webseries collaboration with Stephen, “Off Off”, about an off-off B’dway theatre company, (where’d they come up with that?!) at www.offoffwebseries.com and on YouTube. David is also a voiceover artist and an audio book narrator with over 120 titles available on Audible.com. See and hear more at www.davidmarantz.com. Member AEA and SAG-AFTRA. 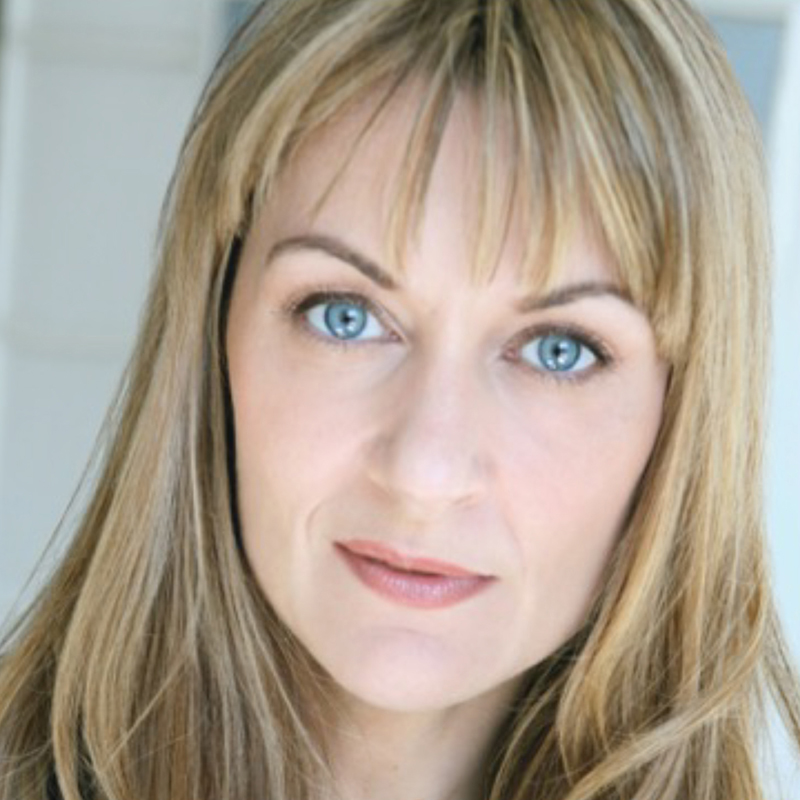 Meghan McGeary is a singing actor and also the songwriter/performing artist known in the Bay Area and other parts of the world as Amity Rose. Her versatile writing and stylings stem in part from lending her talents to the development of countless new works as a New York-based actor, including: THE BLUE FLOWER (A.R.T., Second Stage), HADESTOWN (New York Stage & Film), FORTRESS OF SOLITUDE (The Public and DTC), and SOME LOVERS (NYSAF, with the legendary Burt Bacharach).

Meghan holds an A.B. in Theatre from Smith College. She appears in two documentaries: IT TAKES A LUNATIC by Billy Lyons on NETFLIX, 2019 and DIG OUT YOUR SOUL IN THE STREETS by The Malloy Brothers, 2009. She is a part time resident of New Orleans and rolled this Mardi Gras season with the sci-fi nerds of The Intergalactic Krewe of Chewbacchus (IKoC). All hail the Mothership!  Member of AEA and SAG-AFTRA. 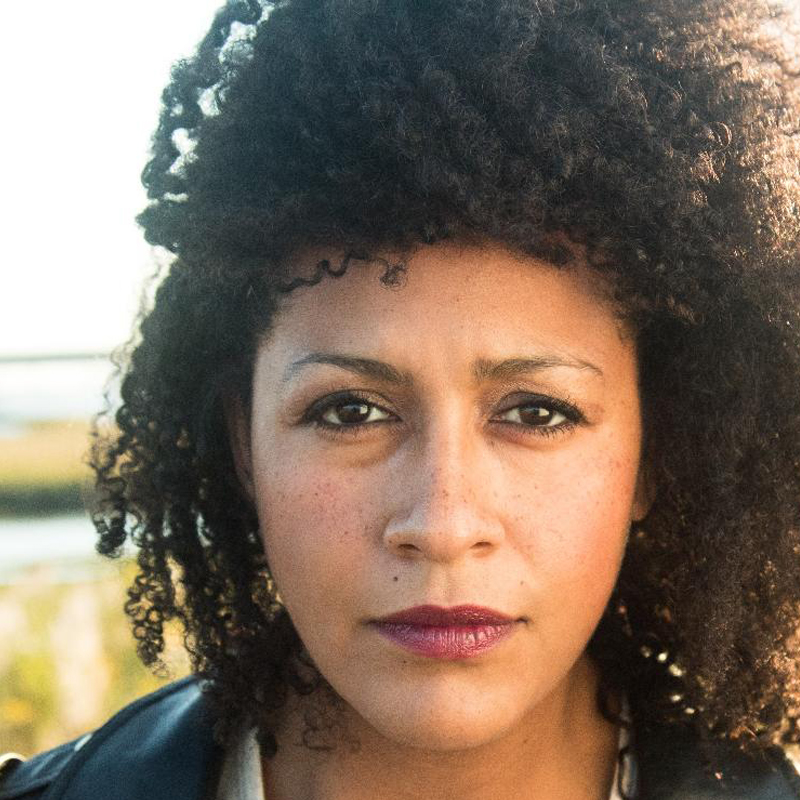 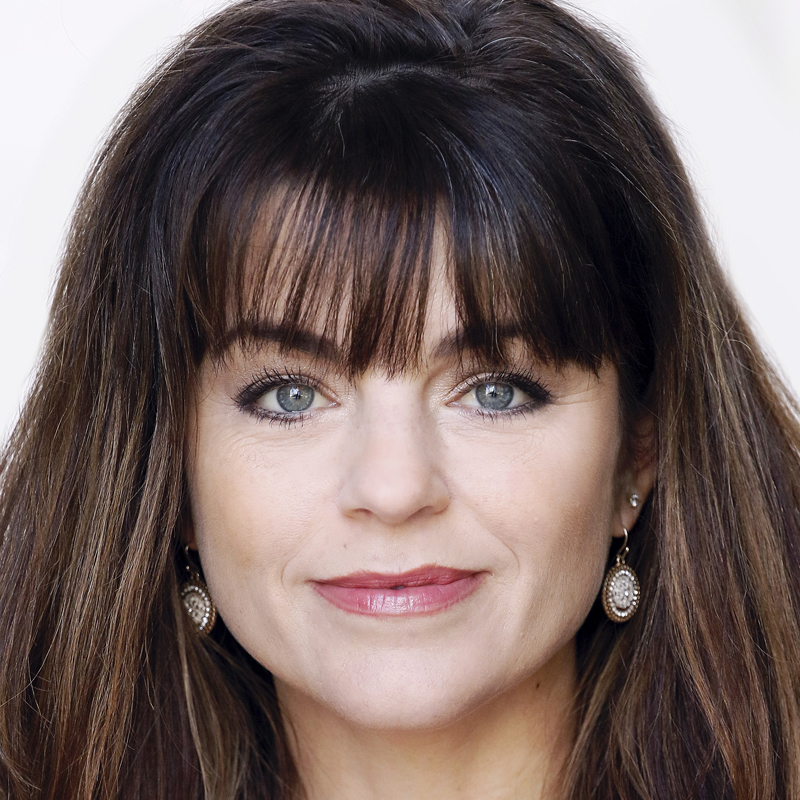 Mindy has been involved in every aspect of the filmmaking process. Her acting career, which was her first passion, took her to New York City to study at the prestigious Michael Howard Studios. She originated the improv troupe, Stilted on Stage which performed all over NY including the famous Carolines on Broadway. Mindy was bi-coastal (NY & LA) for a few years before returning to Austin, her soul city.

She has accomplished over 200 acting projects including leads in feature films, TV shows, commercials, hosting infomercials and voiceover work. Her latest film was just accepted into the 2020 Tribeca Film Festival.

When her role takes her on the other side of the camera, Mindy is actively involved in the entertainment industry in Texas as the Communications Director for the Texas Motion Picture Alliance which lobbies for a healthy rebate incentive program. As the former President of New Republic Studios, Mindy earned her place at the table as one of the go-to connectors within the industry throughout the Lone Star State.

Mindy’s most rewarding role has been that of a mom to two spirited young boys. She loves being home in the outskirts of Austin, spending time at the watering hole, jumping on the trampoline or exploring nature. None of this would be possible without the amazing support she receives from her husband…and for that she will be forever grateful. 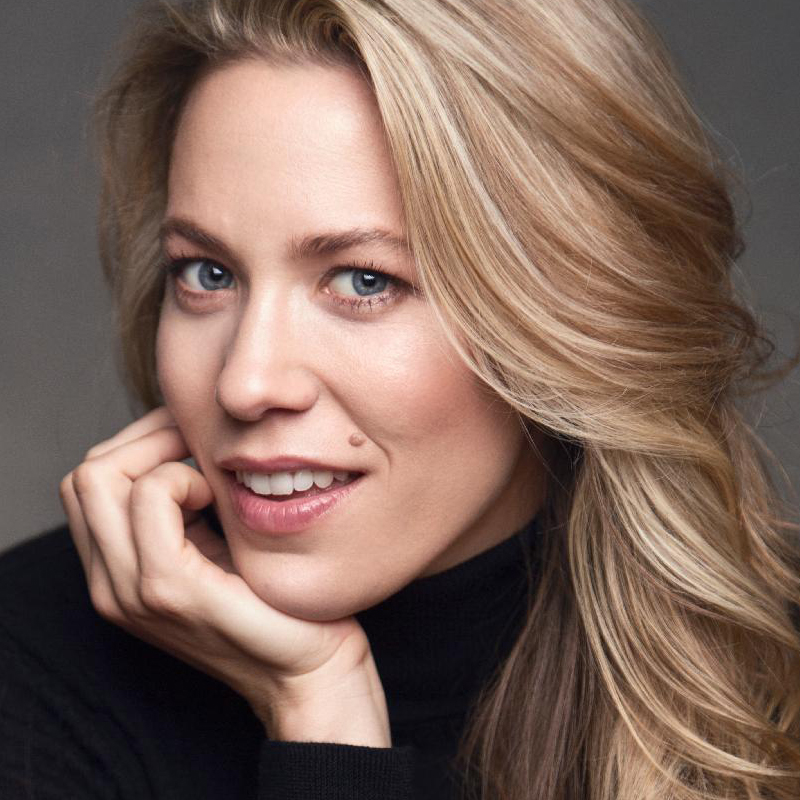 Kathleen Simmonds is an Australian actress, filmmaker and reformed corporate lawyer. She holds a Masters of Fine Arts and is a Lifetime Member of The Actors Studio. She sits on the Board of The Drilling Company in New York and has held the leading roles of Olivia (TWELFTH NIGHT) and Helena (A MIDSUMMER NIGHT’S DREAM) in Bryant Park. Before leaving Australia, she appeared in a recurring role on the primetime TV show THE STRIP.  As a filmmaker, Kathleen is focused on films which have women’s issues and stories at their center: she attended the 90th Oscars with a short film on #metoo and #timesup; Line Producer and Casting Director on documentary features and series for Netflix, HBO, Amazon, Lifetime and SundanceAMC; “REVERSING ROE” (Netflix) was nominated for 2 Emmy Awards in 2019.  Her latest project, “WOE IS SHE” (a dark comedy webseries which she produced and stars in) was released on ROKU this February.  Kathleen also travels internationally conducting acting workshops and seminars on the “business of acting and filmmaking”, and has been a moderator, panelist and jury member at the Chelsea Film Festival and NYC WebFest.